Take Care if You Have a Carer

Many people employ carers or cleaners to assist them with daily living. Quite often, such arrangements are informal and can last many years. However, failing to put them on a proper footing can prove to be an expensive mistake.

Where an agency is used and different people come to do the work, there is normally no problem. The worker is either employed by the agency or is self-employed.

However, in some situations, a daily help who works regularly for an agreed salary can be deemed to be an employee – i.e. working under a contract of employment – for tax purposes, which means it is necessary to set up a payroll scheme, to pay employer's National Insurance Contributions (NICs) and to deduct Income Tax (IT) and employee's NICs from the payments made.

The cost of failing to comply with the law in this regard can be very substantial as payments are deemed to be received net of the relevant deductions.

Furthermore, all workers aged between 22 and the state pension age who earn more than £192 per week are entitled under the Pensions Act 2008 to be put into an employee pension scheme, unless they specifically opt out of enrolment.

The categorisation of someone as an employee is also important for employment law reasons – employees are entitled to all statutory employment rights (such as paid holiday, minimum pay rates, redundancy pay and unfair dismissal protection), which workers and the self-employed are not.

The criteria for being an employee for tax and for employment law purposes are not the same, although a person who is treated as employed for tax purposes would normally be an employee for other purposes. For employment law purposes, two important factors are whether there is 'mutuality of obligation' and whether the work provider has the right to exercise a sufficient degree of control over the worker to make the relationship one of 'master and servant'. A telling test is the degree to which the worker is able to substitute someone else to perform their function if they wish.

In a recent case, a live-in agency care worker who had worked 12 hours a day for the same client for more than three years was judged to be an employee, despite the fact that her services were originally supplied by an agency.

The agency provided carers on a rota basis, and they accounted for their own IT and NICs. However, the family of an elderly man wanted someone who was able to commit to a minimum placement of at least six months to provide care for him as and when required. In the event, the carer stayed for much longer, with no formal agreement in place as to the nature of the working relationship. The family paid her by direct debit and although the agency provided replacement carers when she was on holiday, she did not arrange such substitutions herself. Her client's family had continued to pay the monthly agency fee so as to ensure cover if she were unable to provide care on a particular day. When her services were abruptly dispensed with, she lodged a complaint with an Employment Tribunal (ET).

In deciding whether or not she was an employee, the ET found that the level of control that the family of her client exerted over her had led to the development of a master/servant relationship. The mutuality of obligation meant that an employment relationship was present and there was nothing to indicate that she was conducting a business of her own. This decision was upheld by the Employment Appeal Tribunal on appeal. 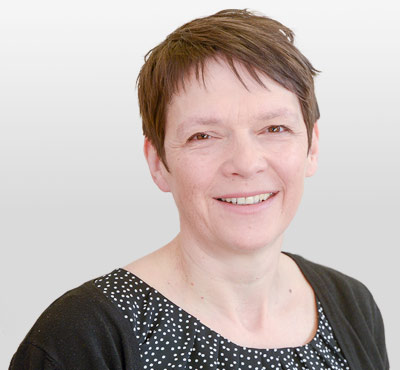 If your family has 'an arrangement' with others to carry out work regularly, it makes sense to ensure that you understand the exact basis of the working relationship so that you do not face problems of this kind later on.

We can advise you on how to ensure there are no unpleasant surprises.